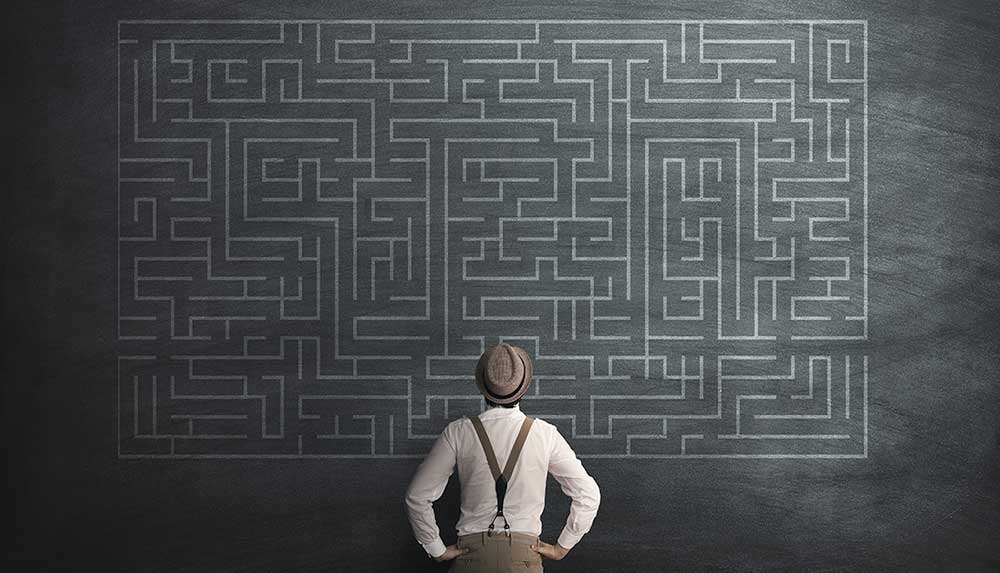 Here’s a common situation most business owners find themselves in.  It’s so common, in fact, that you’re probably in this predicament right now.

And that’s just the good news.

The bad news is…

We have found time and time again that the highest ROI for our clients always comes from two specific services.

What are those two services?

Why are these two services so effective, especially when combined?  Why should they be the cornerstone of your Internet marketing efforts?

Because here’s the simple truth…

Traffic without conversion is pointless, and conversion without traffic is impossible.

Think about it:  If you could get a billion people see your website but none of them converted…would that be any help to your business?  Of course not.

And what about the other way.  Let’s say you have the most brilliant website in the country with the best marketing and sales message but nobody ever sees it.  That’s not going to help either.  You need BOTH.

For virtually every one of our customers, search engine optimization becomes the foundation for their lead generation strategy.  When you have a good, mature SEO campaign everything gets easier for one very important reason.  They needed someone like you, and they looked, and found you.

Most other marketing is an interruption.  Billboards are an eyesore.  Commercials are an excuse to get something out of the fridge.  Newspaper readership is declining.  Yellow page books are thrown from the front steps directly to the recycling bin without even being opened.

Being found on Google (and Yahoo! and Bing) is not an interruption.  When they find you on Google you are the solution to the problem they’re trying to solve.

How much easier is it to sell to someone when they come to you?  A lot.  Being high up on Google’s list is a strong signal that your company is high quality.  It’s almost as if Google is endorsing you. (They’re not but it feels like that to most people).  At the very least it conveys a level of legitimacy that’s incredibly powerful. 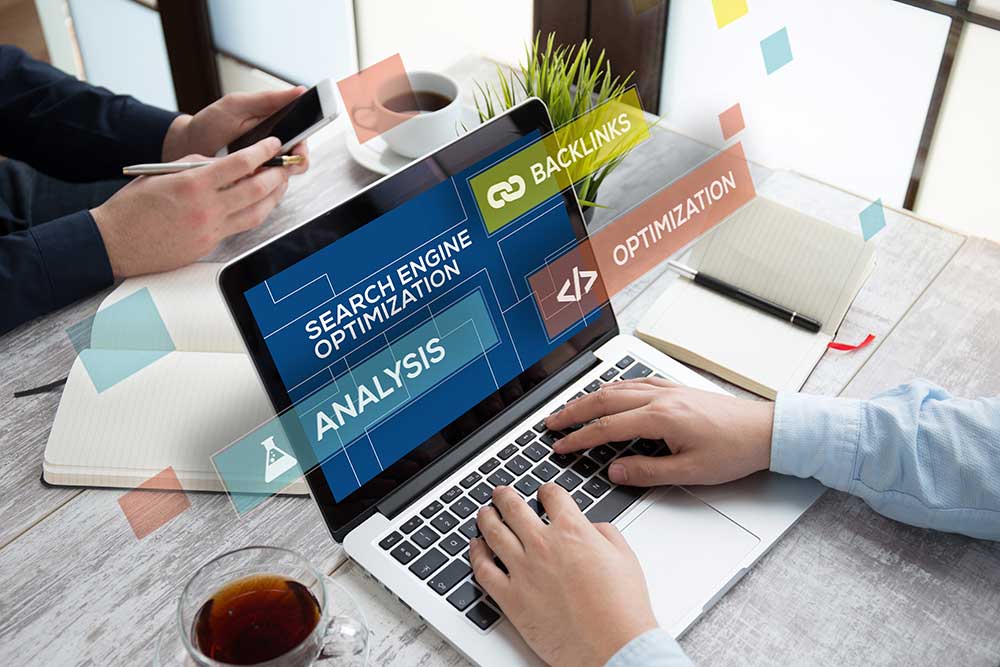 So how do we make that happen?

How Search Engine Optimization works: (I could (and frequently do) talk about this at very deep and geeky levels and I’m going to spare you from that.  This is going to be a high-level view of the process so everybody gets the basics.)

Google’s job is to help you find what you’re looking for.  They do this by reading every website in the world, making some decisions on what they’re about and how important they are.  Then when you do a search, they give you a list of all the websites they think are about what you searched for and they put them in order from most important to least important.

What this means for us is we need to satisfy 2 criteria:  Relevance and Importance

The first criteria is we need our website page to be obviously about what you want to rank for.  It needs to be relevant.  Let’s use this page that you’re on as an example.

So, as I write this content I need to make sure that I use those phrases and related phrases in the text.  They can be in the meta-title and meta-description, they can be in the headlines and scattered throughout the body text.

Now Google isn’t smart like a person is smart.  (At least not yet.)  So, what it does is it reads the text and counts the number of times each word and phrase is used.  If it sees a phrase a lot in important areas like what I mentioned, then it decides that’s what the page is about.  This page satisfies that first criteria.  I use the important phrases often enough to be clear to Google what it’s about, but I don’t use it so often that it’s annoying to my human visitors (you) and I don’t use them often enough to get penalized for “over-optimization.”

The second criteria is importance. We need Google to think that your web page is more important for that phrase than all the other web pages that are also about that phrase.  This is where most people (and even most SEO companies) drop the ball.

Google has a formula to determine what’s important and what’s not.  You’ll commonly hear this formula referred to as “The Algorithm” but that’s just a fancy word for formula.  They have this formula because Google isn’t smart enough yet to read something and tell if it’s good or if it’s bad.  It relies on US to tell it what’s important.

We tell it what’s important because we link to important web pages.  Incoming links from trusted sources are a huge part of what Google’s looking for.  They also look at a whole bunch of other things like if your business is listed in places real businesses are listed.  They look at Google Maps and Yelp and all those online business directories.  They look to see if you have a Facebook page.  They look for evidence that we collectively think a web page is important.

In fact, we’ve identified over 500 different factors that Google looks at to determine how important a website is.  Some of those factors move the needle a lot and others don’t matter as much except as tie-breakers. But Google looks at all of them, and when it’s satisfied it knows that a page is more trustworthy for a specific phrase than other pages, it puts that webpage high up in the results when someone searches for it.

Our job as an SEO company is to reverse engineer that formula.  We compare your site to the top 100 websites that are ranking for that phrase and look at over 500 different ranking factors.  Using some very powerful software we compare everything to the sites that are winning on the first page to determine which of these 500 factors are actually making a difference in your market.  Then we make sure that your site is satisfying all the criteria that Google thinks is important.  Without fail, because we’re giving Google exactly what it wants to see, it rewards us with high rankings.

This is important because it’s worth pointing out that the vast majority of companies that claim to do SEO don’t do this.  They don’t do the intense analysis upfront to determine what must be done to win.

Instead, most SEO companies have a recipe that they use for every client, in every market, in every area.  Sometimes it works…sometimes it doesn’t.  But it’s what they do.  It’s a one-size-fits-all situation.  We think that stinks.  Victory should be decided before the campaign begins. 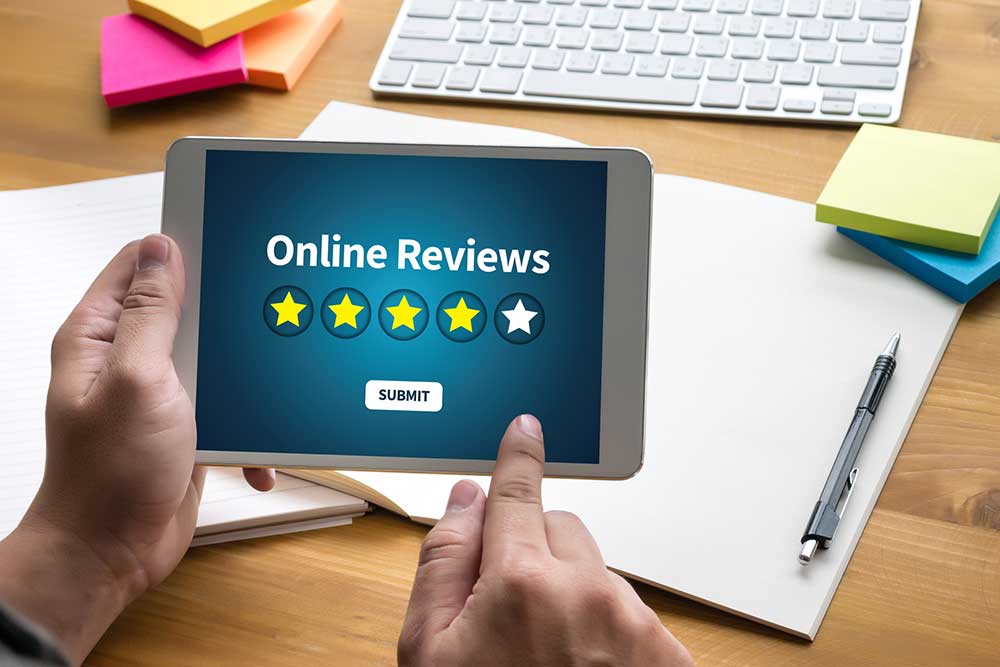 Here’s the gist of it:  Good online reviews are important and will help your conversion immensely.  The more good reviews the better off you are.  Here’s why…

If you’re one of the possible companies they’re looking at going with, you need to calm their fears.  You need them to feel like you’re a safe choice.  How do you do that?

You can say you’re honest and effective and just really fantastically great.  But isn’t that what a bad company would say too?  What you say about yourself is immediately discounted and suspect.  You can say you’re superb until you’re blue in the face and it won’t make a lick of difference.

The trick is to get other people to say you’re fantastic.  And that’s where Reputation Management comes into play.

Here’s the problem.  Well…scratch that.  Here’s one of the many problems.  People who are happy with your business DO NOT normally leave reviews.  They just don’t.  They bought your stuff or hired you to do a job and you did great.  They got what they paid for and feel absolutely no compulsion to go above and beyond that.  They’re happy and they’re done.

Here’s an even bigger problem.  People who are unhappy with your business will tell everyone they know.  They’ll holler about you on every website they can find.  They’ll leave toxic and angry reviews on Google and Yelp and anywhere else they can find that will let them tell the world exactly how little they think of you.

And then it gets worse.

This is terrible for a few reasons.  The main reason it’s terrible is because humans choose the safest choice typically. If you’ve got a few ugly reviews without an overwhelming amount of positive reviews to offset their damage what are people going to do?

They’re going to know – intellectually – that it’s possible these reviews are fake or are not a true reflection of your business, but they won’t take that chance.  They’ll move on to the next company and then the next until they find one that feels like a safe choice.

So – when confronted with this it can seem a bit overwhelming.  What can you do in the face of all this negativity to get real positive reviews out into the world that accurately describe how great your company is?  How can you overcome the random negative reviews that seem to pop up now and then?

You need a system.

We have the best reputation management system.  Let me tell you how it works so you can see why it’s so great.

The best part is how hands-off and easy it is.  We’ve gone through several different iterations and have found that if it’s at all difficult to use, nobody uses it.  And what good is the process if you don’t do it?  None at all.

The software then encourages good reviewers to leave that feedback publicly.  The people who left critical reviews are encouraged to go into greater depth (but privately) so that they can vent and you can get important information about what went wrong.

If the good reviewers don’t leave their review publicly on places like Google then the system emails them polite reminders for a few days.  If they only left their reviews on our system then we can display those on your site.  We also pull in positive reviews from Google and other places so that all your reviews are collected in one spot.

And this is the beauty of the system: Good reviews are made public.  Critical reviews are kept private so you can deal with problems discretely.

The important thing to realize is this is a numbers game.  If you ask for reviews, you’ll get way more than if you hadn’t asked.  BUT you’ll still see that most people, even if you ask, don’t leave reviews.  That’s just the way it is.  The trick is to ask everyone consistently and automatically.  You don’t want to have it be a drain on your time or your team’s time.  If it’s tough to do it won’t get done.  That’s why we’ve made it as easy as possible.

We work with a wide variety of companies…everything from Chiropractors and other medical professionals to interior designers and home services companies to big industrial B2B companies.

Also we only work with good, ethical companies.  If people are happy after doing business with you and would recommend you to the people they like and love, then we want to make your company stronger and more successful.  We don’t work with unethical people.  It twisted me up for weeks thinking that I helped scammers scam.  Now I watch for it more closely.

If you think we may be a good fit, I’d love to chat about your business and see if we can be helpful in achieving your goals.  I promise you this, we don’t do high pressure sales. If it’s a good fit and a good idea to work together, then that will be obvious to both of us.